The median salary for UX professionals is $95,000, according to the just-released UXPA Salary Survey. The survey is conducted every few years and shows both the progress and evolution of UX industry careers.

Results of the 2018 survey indicate: 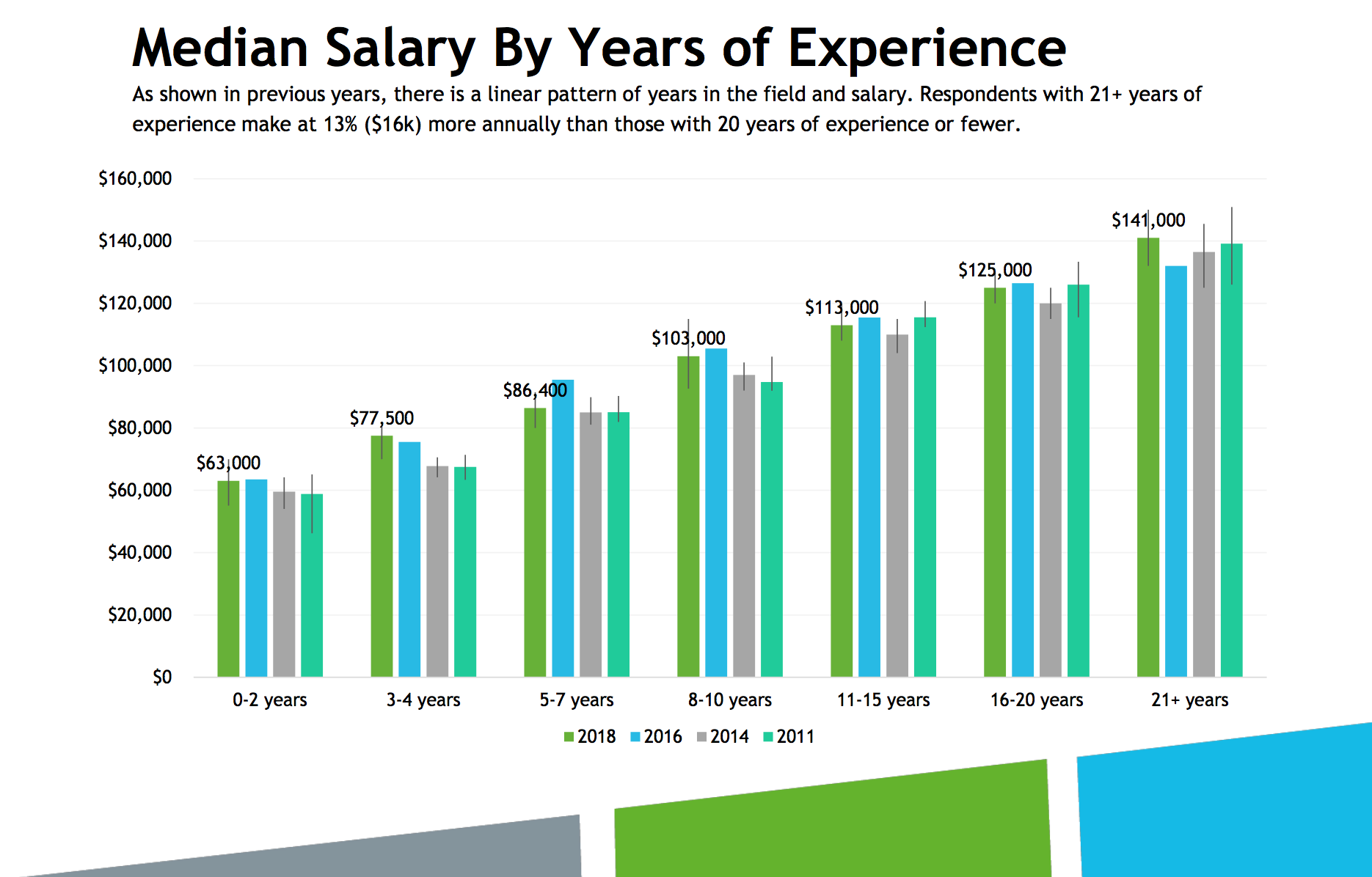 A variety of different UX professions were represented, and respondents were able to select multiple titles. “User researcher” was the most popular job title: it was selected by more than half of respondents (56%).

Overall, job titles that include “manager” (department or team) appear to have the highest median salary ($130,500).

This is followed closely by instructional designers. Product managers, technical writers, and technical analysts follow, after a significant decrease of about $30,000.

The top roles that reported median salaries of $90,000 or more are, in order from highest to lowest:

In 2018, the median salary for men is $2,000 (2%) higher than for women (not accounting for other variables). While this is not statistically significant, it does represent a closing of the gap compared to 2016, where there was a $5,000 difference. 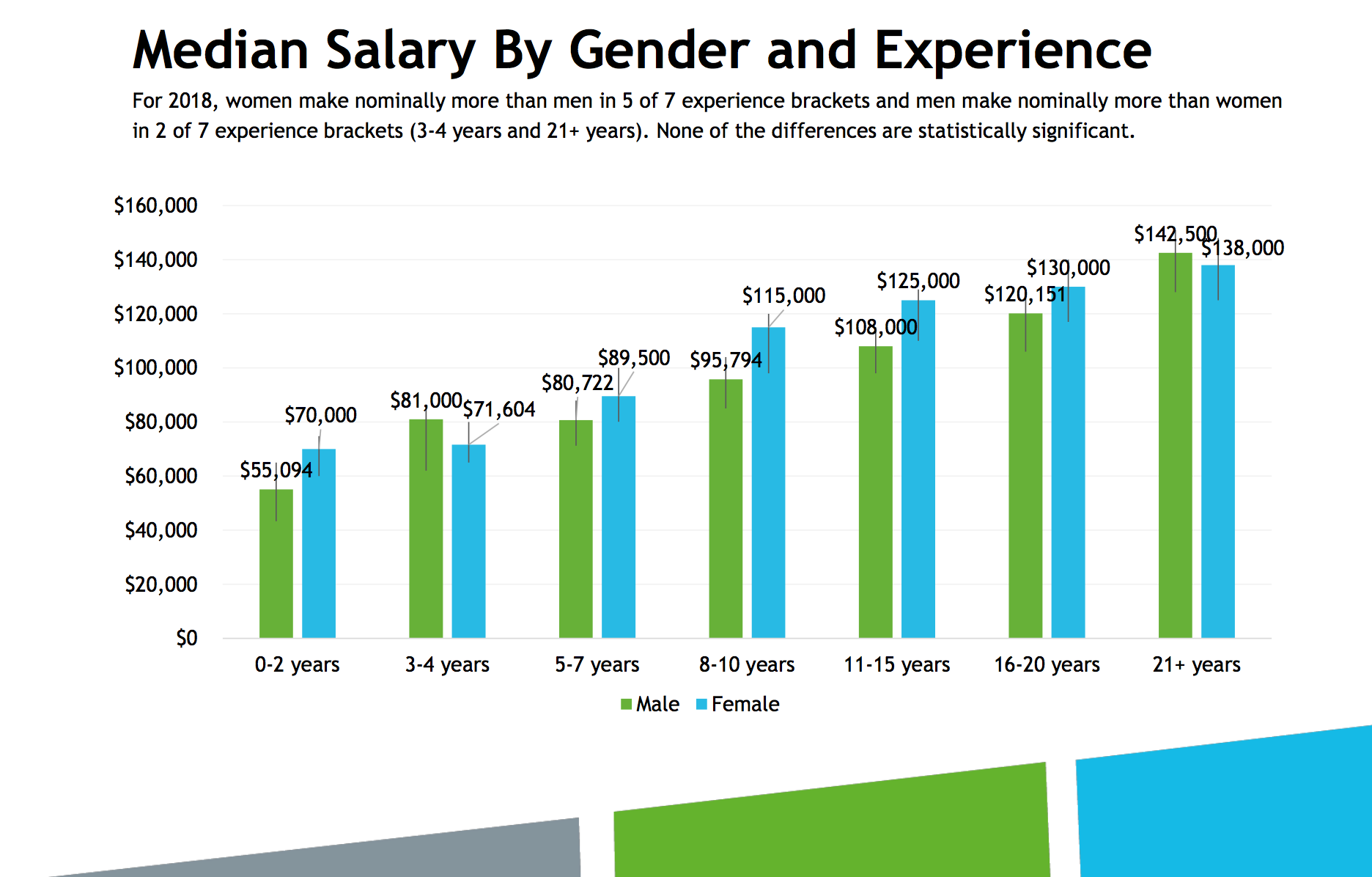 The largest drop in salary since 2016 was for median salary by job level. While they still earn the highest amount of all experience levels, the median salary for those in a senior-level supervisory position dropped about $20,000 (-14%) from 2016 to 2018 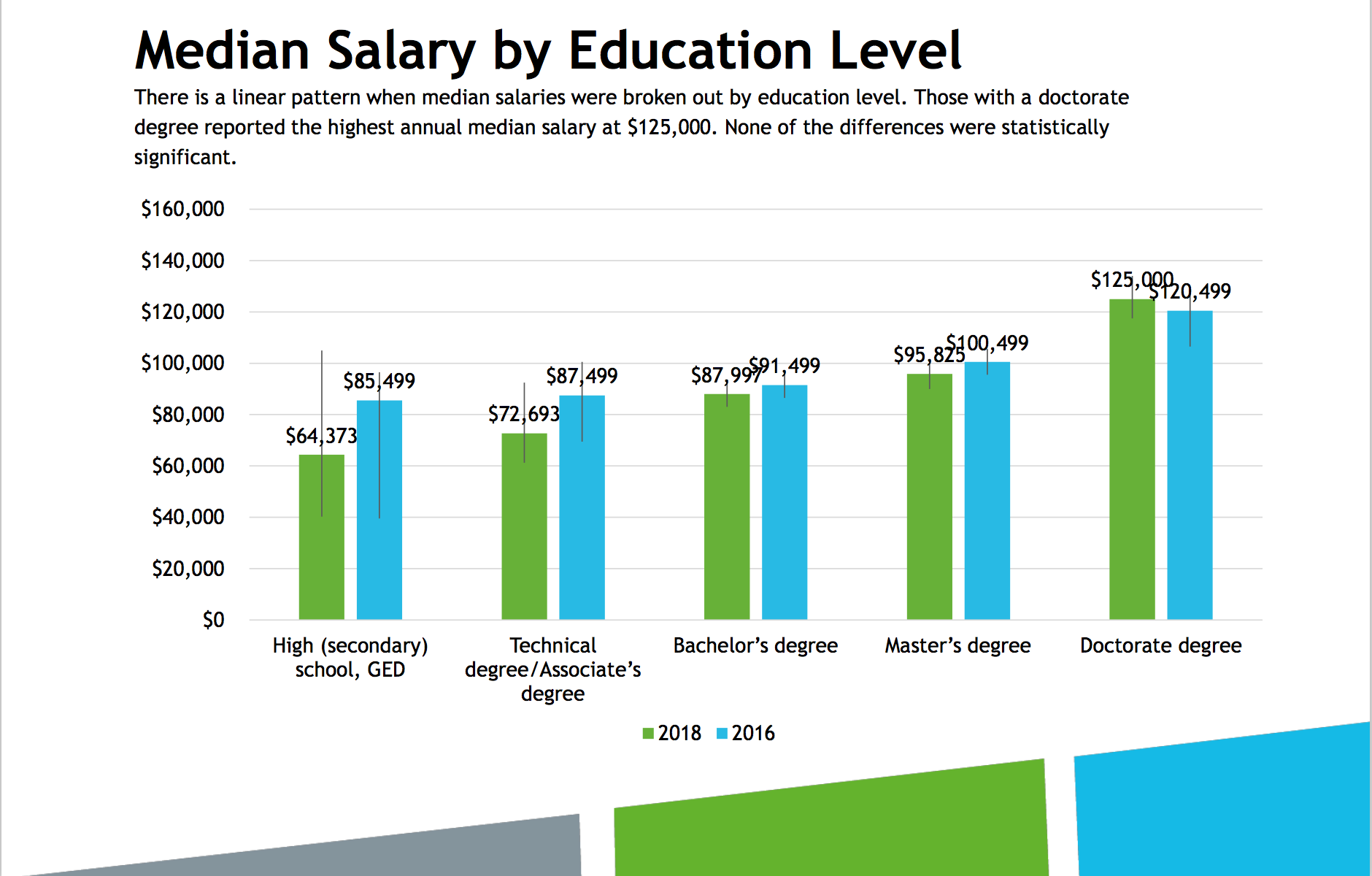 Those with a doctorate degree reported the highest annual median salary at $125,000.

The online survey included responses from 1,326 UX professionals and results were analyzed by MeasuringU. 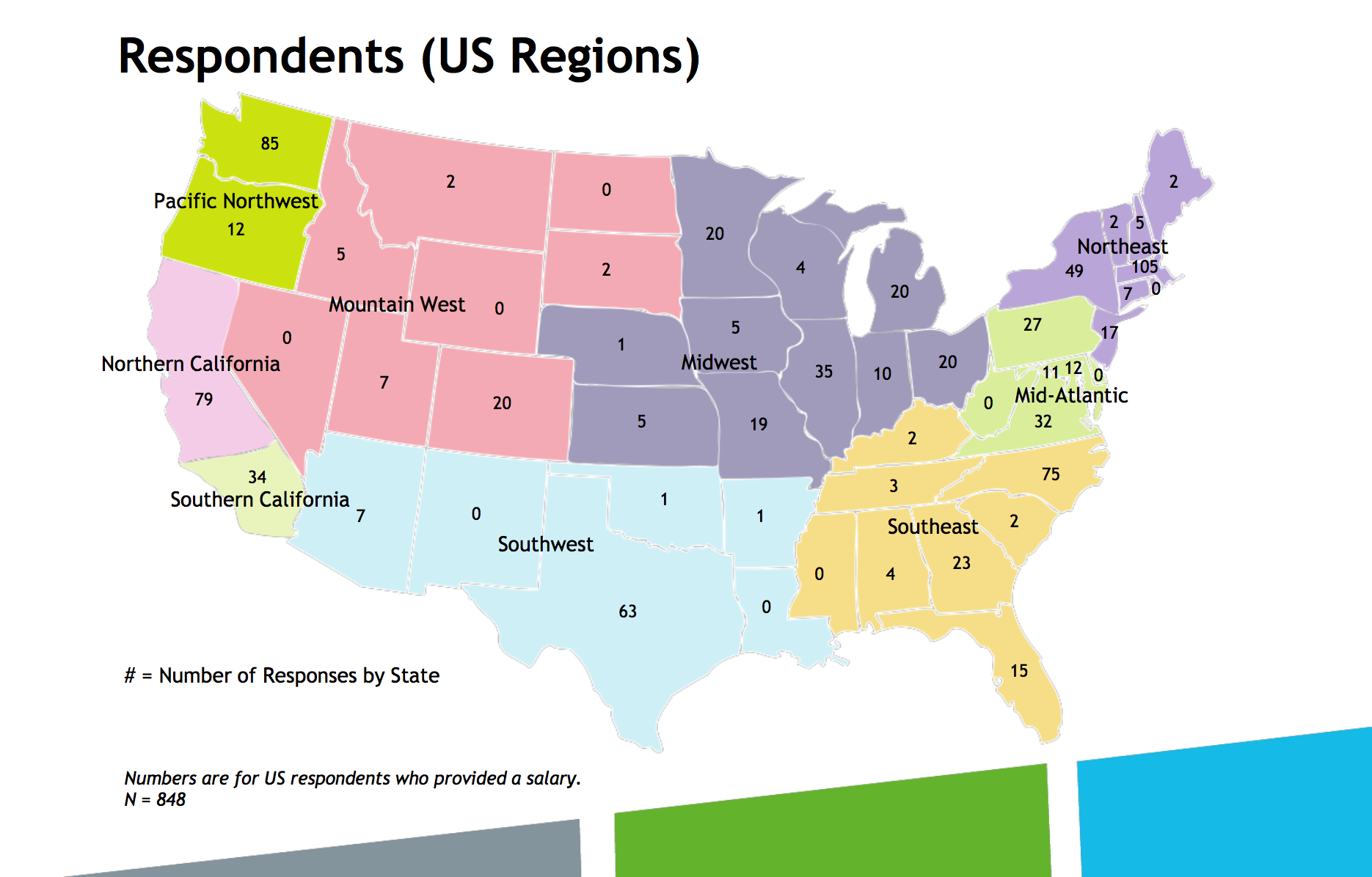 Check out the full report from UXPA.

Previous Post (p) What a Design Sprint CAN'T Do (for Enterprise Teams)
Next Post (n) More Than a Support Function :: UXmatters