Technology users tend to form surprisingly social and personal relationships with their technologies, and with good reason. Gamers and their avatars are one specific example of the social relationship between a user and an interface, whether on a game as simple as Mario Brothers or as complex as Second Life. As UX designers, we can benefit by understanding the (potential) sociality of the user-interface dynamic.

Interfaces are an increasingly present part of modern digital life, and they govern how users interact with and use their various technologies. And, as we havepreviously discussed, users have an ability to form surprisingly social relationships with their technologies. Both Nick and Jamie (the authors of this piece) have long been interested in these relationships, and as researchers at West Virginia University, we were seeking out a place to focus our research. We chose video games.

To consider the role constraints and affordances play in human-technology relationships (as discussed in our last piece), we decided to hone in more specifically on video games and the avatars within. 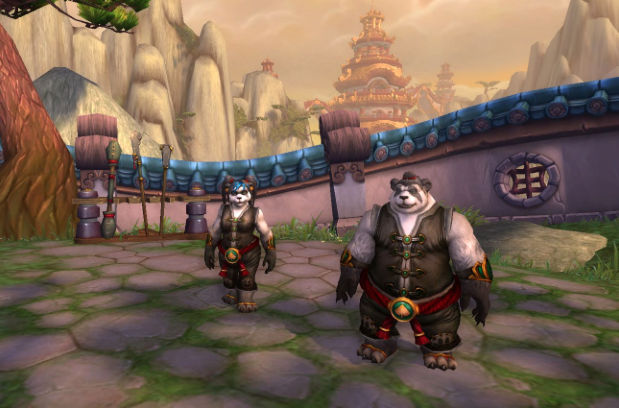 As a rookie player, Nick sees his World of Warcraft avatar as a basic tool for playing video games: panda smash bad guys. Jaime, a veteran player, carefully crafts her avatar as unique and separate personality: panda on a mission.

Social scientists long assumed that players would psychologically merge with their avatars, allowing a player to feel like she is a part of the game world. The interfaces of most popular games encourage this, providing players with numerous options to customize the look and feel of the avatar, and often providing the player with near-complete control of the avatar’s actions. For these reasons, video games are considered by some to be one of the best examples of effective UX design. For our research, we also wonder if video games might also represent one of the best environments for better understanding the complicated social interactions between users and technologies.

Over the past few years, our research team has interviewed and surveyed over 3,000 video game players across a number of different studies focused at understanding the different types of relationships that players have with avatars, from the non-customizable to the fully user-created. We’ve found four basic relationship types: 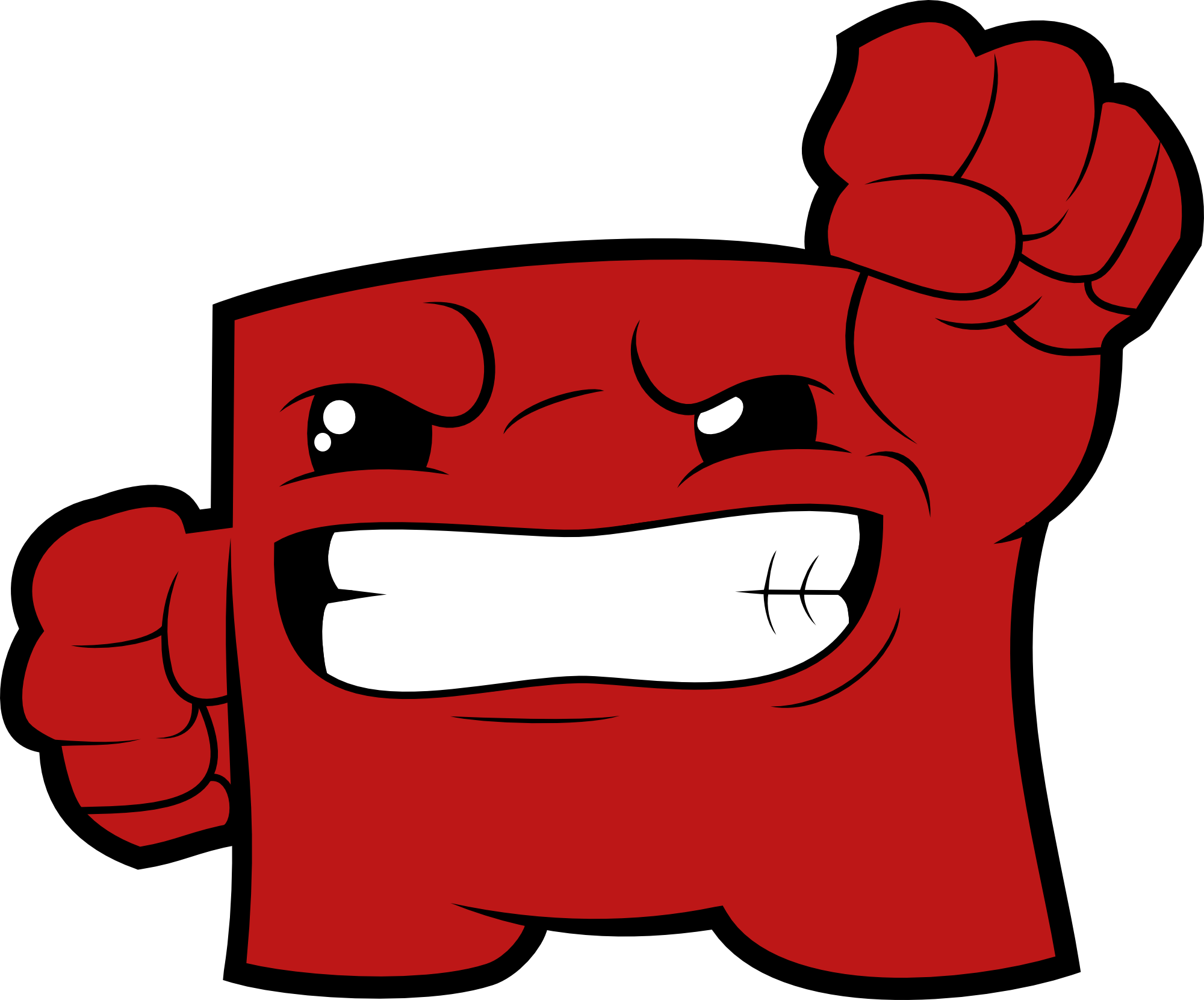 The ordering of these four types is important, as it relates to how social the player-avatar relationship (or human-technology relationship, broadly) is perceived by the human user. “Object” relationships are decidedly non-social, with very little emotional investment and a high sense of control. Conversely, “Other” relationships very much resemble fully social relationships, with a high level of emotional investment and a sense that the avatar (or technology) is its own being; these relationships are also marked by a perception that the avatar (technology) is in control of the interaction. This “Other” orientation is especially interesting, because it closely resembles what family psychologist Murray Bowen referred to as self-differentiation—the practice of seeing others as distinct from one’s self that is crucial to the development of empathy and close social bonds. In our last article, the archetypes of the Gatekeeper, Editor, and Vender are just a few of the “Other” relationships that might exist – each being an example of an interface that has taken on a persona of its own, for a very unique application. 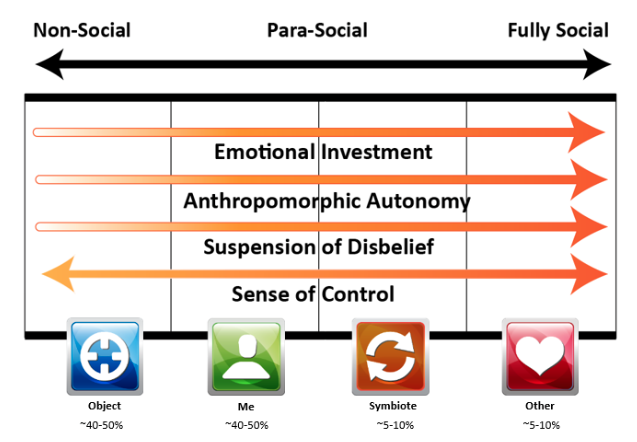 We might ask how the socialness of a user-interface experience comes out of how the interface is designed for the end user. We outlined a few examples in a recent book chapter on social media applications and design, but summarize some connections here.

Designers might aim for simple and lean designs, with few to no social cues built into them. Such interfaces might have very discrete functions and tasks, such as a basic password field or simple database. Simple designs allow users to feel more in control of the user experience. They also help users feel less attached to a given interface, as they’re more likely to be attached only to efficiencies and functions, rather than to the interface as a character-like agent. Object-oriented design places focus on efficiency and functionality, usually for short-term (and even one-time use) interactions.

Designers should consider that the entire experience should be about customization and identification—design with the specific goal of featuring the user. Options for personalization can start at the most basic level (such as screen names and pictures), but can be broadened to include more transparent functions that recognize trends in user behaviors to effectively anticipate, automate, and extend the user intentions and use cases. “Me” interfaces should be perceived as natural extensions of the user’s personality, and might even try to “get to know the user” and customize accordingly.

Efficient and meaningful use might be the intersection of human and technological abilities where the technology may compensate for the shortcomings of the user (e.g., efficiencies, accuracy, physical endurance), and the user may compensate for shortcomings of the technology (e.g., creativity, semantic interpretation, empathy). For instance, we might consider that a big-data analysis platform that streamlines tasks that human users aren’t very good at (e.g., complex calculations with large data sets) could also incorporate tools for tasks that computers aren’t very good at (contextualizing and interpreting that data in meaningful ways).

This orientation requires a design that gives the interface its own sense of agency and human-likeness by removing a significant amount of human control and augmenting functional attributes with social attributes. In other words, adding human cues like voices, representations of faces and gestures, forms of embodied movement, natural language processing and other forms of artificial intelligence. Such design may move people to have more natural, meaningful, emotional, and cooperative interactions with technologies. Interfaces such as the voice-activated (and oft-sassy) Siri are great examples of technologies that encourage users to form a kinship with the platform (as uncanny as this can be).

What This All Means

Given the amount of time that many of us spend with our digital technologies and how seamlessly we’ve integrated technological interfaces into our daily lives, it’s no surprise that the relationship between user and interface can be surprisingly social. Understanding the potential for such social relationships might help designers better craft experiences and interfaces that can respond in kind. A great example of designing with sociality in mind is Apple’s recent changes to Siri’s responses to questions regarding domestic violence and sexual assault—socially distant “Object” responses such as “I don’t understand” or “I don’t know what you mean” have been replaced with more socially authentic responses, showing compassion and directing users to critical resources.

We should note that the possibility for social relationships should not be interpreted as us suggesting that all user interfaces should be social. Rather, we’ll end with a few questions that UX designers might ask themselves:

Previous Post (p) How to Practice Mindfulness in UX

Next Post (n) Is the Underlined Link Hurting Readability?